Nike Skateboarding, primarily known as Nike SB, is the Nike brand for its line of shoes, clothing, and equipment for skateboarding. However, Nike’s attempts to break into this category (Skateboarding) were not easy, in fact they date back to 1997. In 1997, Nike commenced production of its own line of skate shoes, but was unable to sell to many specialist skate shops, as the market was already strongly in favor of companies such as DC, Globe, eS Footwear, Emerica, and Vans; Nike was not considered a core skateboarding brand among the skateboarding community and, therefore, did not receive the necessary level of support. Nike SB was born in 2002 but also had mediocre success. However, that started to change as Nike got more actively engaged with the skateboarding community and signed skateboarding professionals like Paul Rodriguez, Eric Koston, Steve Janoski who not only transferred significant credibility to the Nike SB brand but also got actively involved in design of shoes, and over course of time have released signature models that have made Nike SB a respected market player in the category. 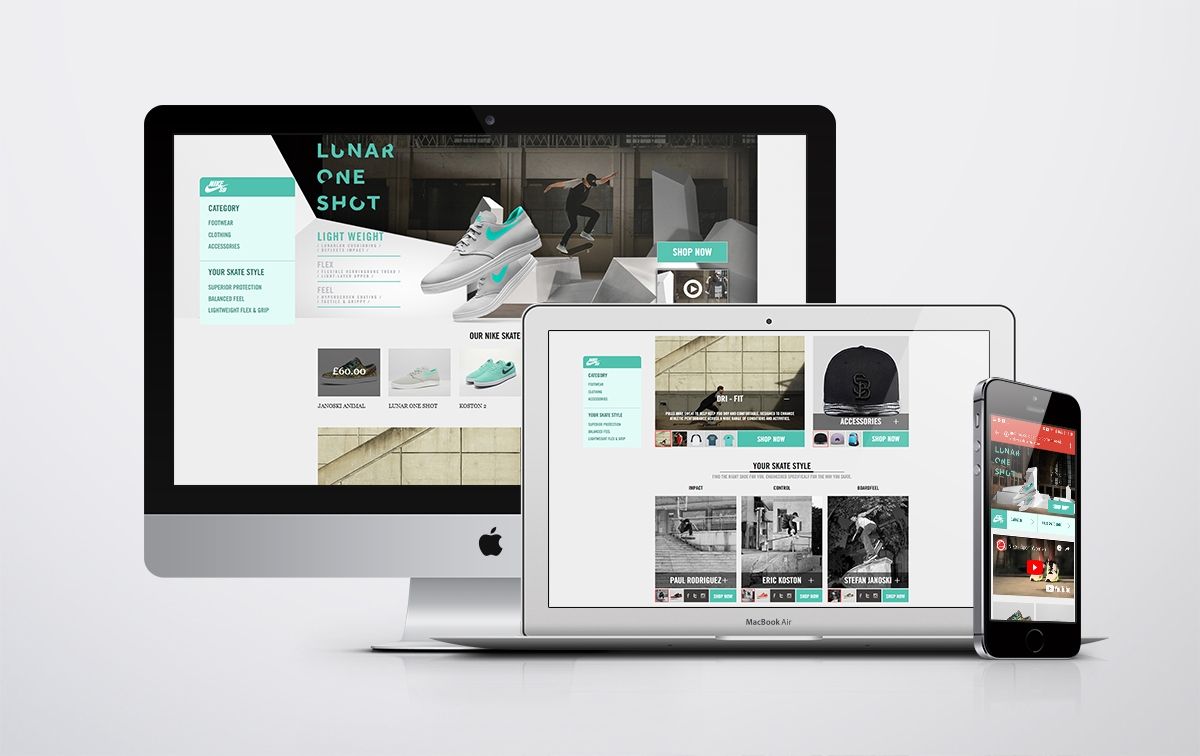 Established in 2000, Size? specializes in supplying the finest products from the best brands in footwear, apparel and accessories. Initially set up to trial edgier product collections before introducing them to the mass market through the JD fascia, the Size? offer has since grown to include its own roster of highly sought-after worldwide exclusive product releases. Outside of the UK and Republic of Ireland, Size? now has stores in Denmark, France, Germany, Italy, the Netherlands and Spain. Brand Elevation in eRetail | House of Hoops on Footlocker.eu