Each year, a new AIR JORDAN is unveiled. An annual event since its debut in 1985, each unveiling has been met with ever-increasing anticipation from the media, the industry, and the buying public. AIR JORDANs perennially dominate the market in sales and demand, establishing with each year’s model higher benchmark standards in design, innovation and performance for the entire athletic footwear industry. 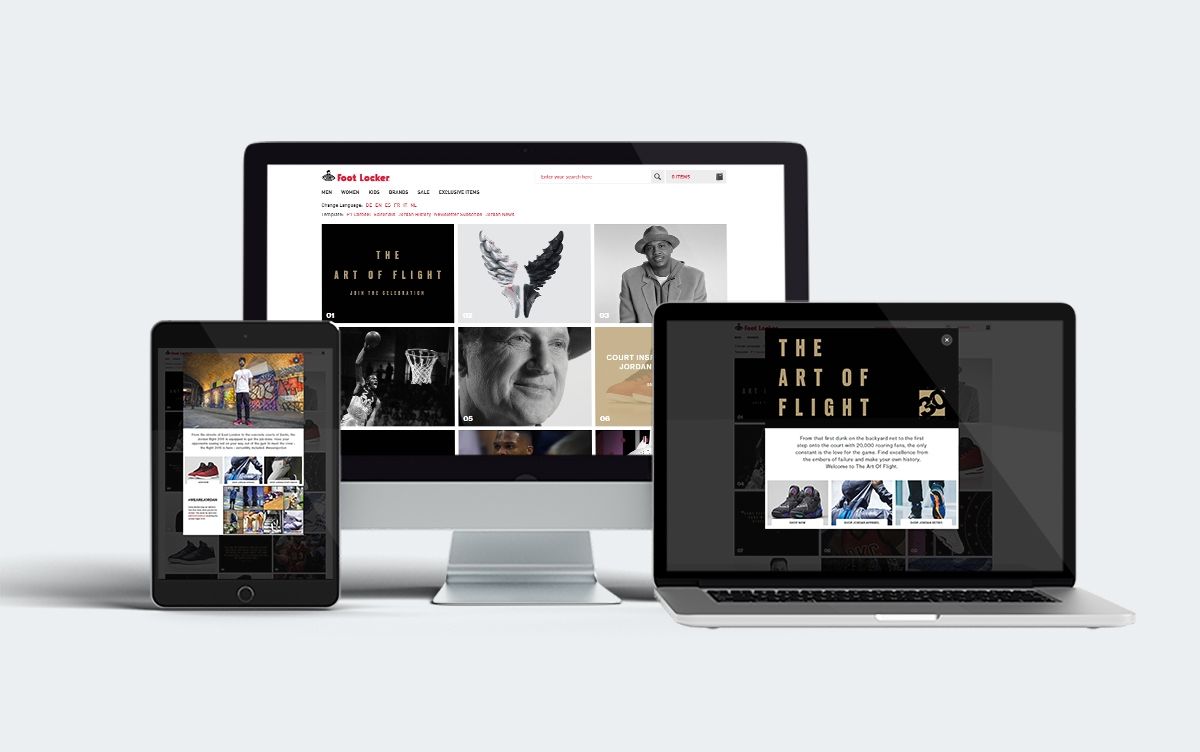 As the most iconic sneaker on the planet celebrated its’ 30th anniversary, Jordan and Foot Locker were paying tribute to the Jumpman's legacy for 30 consecutive days. For 30 straight days, Jordan and Foot Locker would be releasing content and product that tells the story of a hoops legend who was a five-time NBA MVP, six-time championship winner with his beloved Chicago Bulls and scored 32,292 points. Content included never before seen interviews with legendary designer Tinker Hatfield, behind the scenes stories from Jordan athletes such as Carmelo Anthony and Russell Westbrook and beautiful artistic interpretations of legendary Jordan product.